Your Fashion Design Dream: When Your Parents Don't Support It 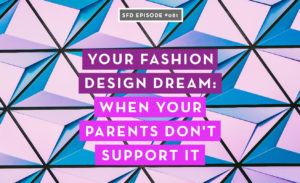 SFD081 When Your Parents Don’t Support Your Fashion Design Dream

Kayla’s fashion career journey has been an uphill battle. First, her parents didn’t support an “artsy” degree. Not that uncommon. But then? During her senior year of high school, her dad became incarcerated. There was no money to pay for her college education.

Kayla explored alternate, more “practical” career paths like accounting and biology, but they bored her. FIT was too expensive. So she took a chance on a creative career and enrolled in a liberal arts state school.

Her journey is long and trying. It involves many failures and countless rejections. Pretty much NOTHING has gone her way. But now, 3 years after college graduation? She works in Manhattan as a fashion CAD designer.

How’d she finally get her big break?

Learning the skills brands needed that she didn’t have (like Illustrator).

Doing an exceptional job and being a good worker.

And showing confidence…even when she didn’t feel confident.

Kayla’s story is inspiring and motivating. She proves that ANYONE can make it in this brutal industry…no matter your financial situation, your family situation, or how many times you hear “No.”

In the interview (which you’ll love) we will cover:

Kayla grew up doing a lot of art. Even when she was young she would draw and sketch clothes on models! Without really knowing what a fashion designer was when she was little, she would swipe clothes out of the donation and trash in her house and cut them up to sew things for her sister. Sure, it was just a hobby at the time (her parents always reminded her)–but she never got sick of it.

Kayla’s parents were more focused on her education. Art (in any form–especially fashion) was never something they saw as a “serious career.” A creative career was a poor person’s job in their opinion…a “starving artist.” But Kayla was the definition of a creative person–she was a dancer, a painter, an artist. She even taught herself art techniques in the library in her free time.

In high school, she decided she had to tell her parents she really wanted to go to art school. She put a portfolio together, applied to a summer intensive, and was accepted (obviously). She knew this was her path and her passion, but how could she convince her parents that there would be a solid career path?

After her father was incarcerated, the decision was almost made for her. It was a sad moment, but she realized something: her parents were no longer going to shoulder the burden of her college tuition, which meant they didn’t have a say in what she studied…so she went for it, all on her own.

She applied to a dozen schools and was accepted by ten (ok wow), and she ultimately decided on Framingham State University–it was an awesome four years. As a student she was just as involved and stellar and passionate as she had always been. The summer of her junior year, she was approached about an internship, and got it. It became her first job after graduation as an assistant technical designer…which wasn’t her first choice of a job. Kayla wanted to be mindful not to get pigeonholed within a field and never get out. But with her family’s expectations of her, she took a risk and did it. Her parents (needless to say) were proud.

Six months after graduation, working in her first fashion job, she was laid off. Getting laid off is never fun, but Kayla really felt the pressure from her family. She wanted to prove that she could do it–after all, this was her passion! She decided to view it as a blessing in disguise, and set her sights on New York. She found an internship there and moved in the dead of winter. She worked there for a week, and then it didn’t work out.

Kayla had just moved to New York, and now didn’t have a job. This would defeat most people…but not Kayla. She put together a few part-time jobs, and worked on her portfolio. Sure, she was rejected left and right at different fashion design jobs she applied for. But she kept at it.

Kayla went back to the library. She worked hard on her portfolio and met with a career counselor. She connected with a temp agency and learned about what hiring managers were looking for, and made it happen. She focused on acquiring the skills she didn’t have, and honing the skills she did.

After hustling with juggling jobs and portfolio projects and applying for jobs, she nailed a job as a design assistant. All because she noticed where she was lacking, what skills she needed, and then made it happen. Kayla’s initiative and perseverance and grit are exactly what one needs to make a name in the fashion industry, and in this episode of the podcast, she inspires us all to make our dreams come true. We’re so grateful that she shared her story with us and we can’t wait to check in with her down the road!

Save this “Your Fashion Design Dream: When Your Parents Don’t Support It” episode to Pinterest so you can find it later: 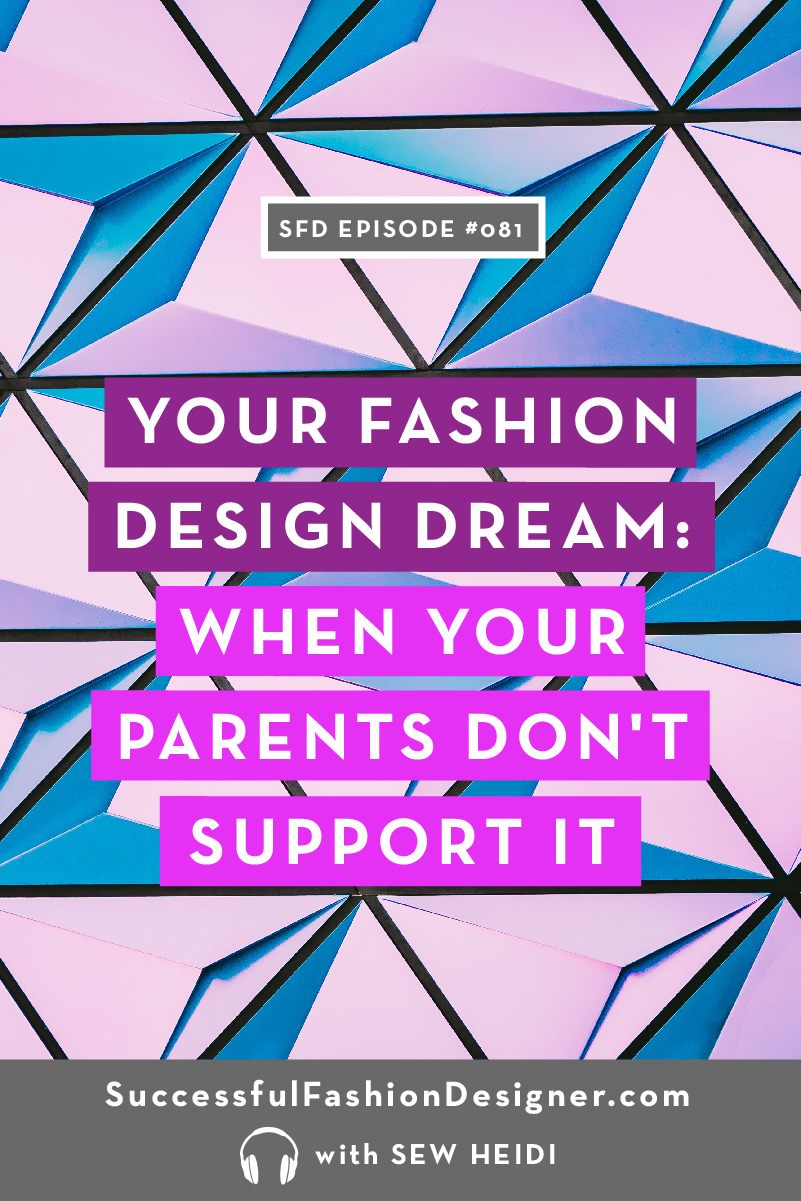 SFD085: How this Mom Got her First Tech Design Job After a 12 Year Career Break

SFD089 How This Fashion Designer Balances Career and Being a Mom to 4 Kids!